How Abeokuta was almost buried by Dahomey women – The Amazons!

From the beginning of time, empires and tribes have always been on the neck of weaker empires. It was a simple case of the strong getting stronger and the weak getting weaker.

Under King Ghezo, the Dahomey Empire grew strong and ruthless from their manner of slave raiding and attacking under neighbouring states. Abeokuta was a constant victim of this harassment; four times they invaded Abeokuta but only the last two Invasions were deadly and were recorded in history.
Guardian newspaper reports that the Invasion of Abeokuta in 1851 (the same year Lagos was bombarded by the British Naval forces)brought to light the secret weapon of the Dahomey Nation. It’s deadly and ruthless Amazons! 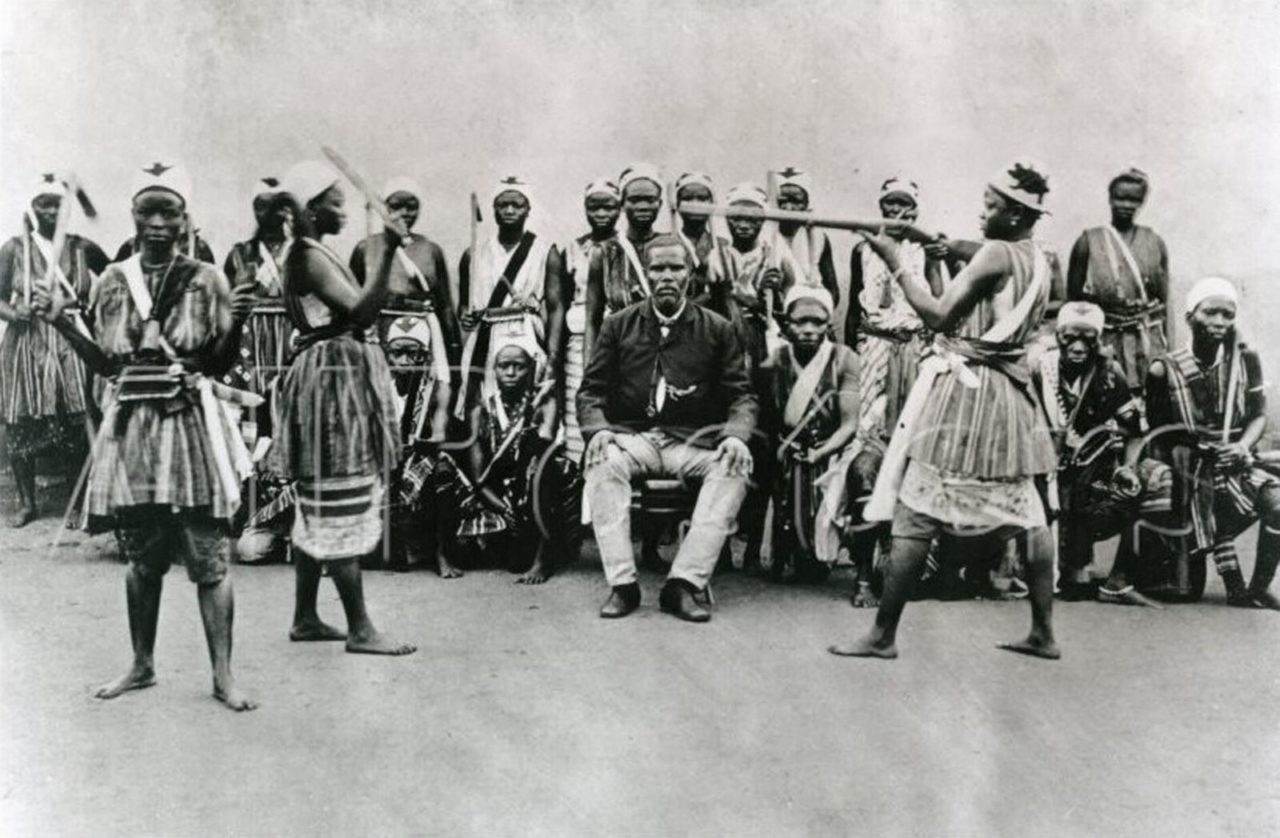 The first Invasion took place on Monday the 3rd of March 1851 around 3.43 pm. Commander Forbes, a British Naval officer, and Mr   Beecroft, the consul for the Bights of Benin and Biafra were at Abomey (the capital of Dahomey) to make a deal to stop the incessant raids on Abeokuta and its neighbouring states. It was during this meeting that the Dahomeans concluded their plans of attacking Abeokuta once again.

An intelligence report has gotten to the Egba Chiefs of this invasion that was going to happen at any time. Some of the Egba Chiefs took this warning with a pinch of salt, except for the then Alake of Egbaland, Sagbua and the Balogun of Ikija, Balogun Ogunbona who was known for his brilliant foresight. They assembled the people and had the walls of the city around Aro (where the current Psychiatric Hospital is in Abeokuta) repaired but the rest of the city walls was in bad shape.

The Dahomey Amazons were ready and were concluding their war rituals before marching towards Abeokuta. Historical accounts say the leader of the band had all her warriors mark themselves in red and black body paint as they swore never to sleep, rest or eat until Abeokuta is overrun. 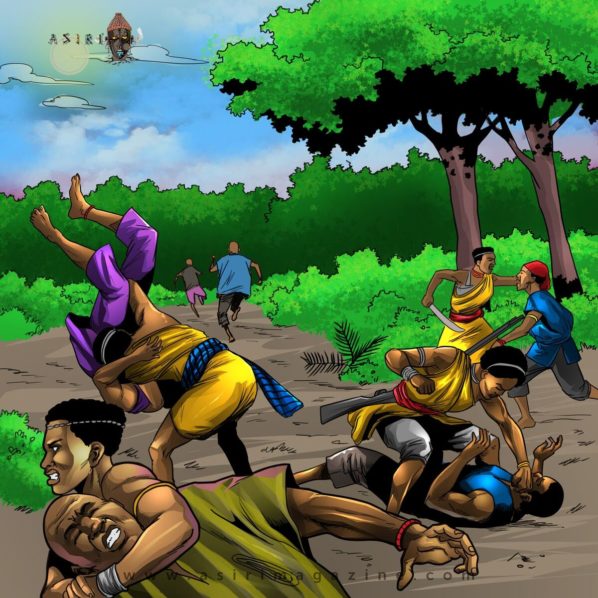 As they marched towards Abeokuta, they captured the small town of Ishaga 17 Miles from Abeokuta and had the Baale and the people pledge their support to them.

The Baale of Ishaga pleaded with the Dahomeans to delay the time of its attack on Abeokuta, advising them to attack from the side of the ruined walls, this plan was to give Abeokuta time to prepare and be ready for the attack.

On Monday 3rd of March 1851, the Dahomeans soldiers entered Abeokuta. They were seen marching towards the gate at Aro with grim determination on their faces, a few of the Egba chiefs and warriors went out on a counter-attack but couldn’t withstand their strength.

The Dahomey soldiers were almost bulletproof to the guns and arrows of the Egba soldiers and were seen with skulls tied with a rope around their waists. It is said that they drank from the skulls of their enemies.

The number of skills on the waist of each warrior suggested the number of men that had died in battle under the sword of that warrior. The prize for each warrior was to have as many skulls as they could gather and add to their trophies.

It was during this 1851 invasion that Balogun Ogunbona of Ikjia, Sokenu the Seriki of Abeokuta displayed their legendary bravery that sealed their names into the books of Egba History for life. They fought and defended Abeokuta with their lives.

The trench around the walls at Aro was filled with blood and bodies, but these Dahomey warriors would not stop nor rest as they were seen climbing other dead bodies with their own bodies mutilated as well and launching forward to climb the walls into the city.

The Egba warriors were taken aback by the strength and determination of these warriors and even at a time, it was said that they weren’t mere mortals.

At that time, it was a barbaric custom for the Egba warrior to cut the head and the genitals of their first captured victim and send it as a trophy to the Alake. When those who entered the town first were captured and killed and the trophy was sent to Alake, it was then the Egba’s found that they had been fighting with women.

They came up with a more drastic and more aggressive strategy to push back the Amazons the next day. This they did and finally on the 3rd day, (March 6th 1851) they drove the Dahomey army back.

The Dahomeans left more dead behind than the captives they succeeded in taking away with them, including the skulls of the unfortunate victims that were captured on their way back to Dahomey.

It was a great relief to the Egba warriors and the Alake who later found a way of managing the story that the town was held at its throat by women for three days. But that was not the last the Egba’s would hear from the deadly amazons. They invaded Abeokuta again on the 15th of March 1864 at exactly 7am in the morning.

The second invasion was managed on the Egba side, who now has better guns and a more drafted war strategy but still suffered again in the hands of the deadly Amazons.

One year later, Abeokuta was avenged by Balogun John Okenla who raided Dahomey afterwards and avenged the Egba in retaliation for its attack and wiped off the national disgrace they inflicted on Abeokuta in 1851 and 1864.

After the two major attacks and nearly overrunning the ancient town of Abeokuta, the notorious exploits of the fearless, deadly Dahomey amazons would never be forgotten in history. They came, saw and almost conquered.

Nigerian celebs without ‘baby mama’s are these…

Nigerian celebs without 'baby mama's are these...