Many may not be aware of it but Ghanaian rapper Sarkodie and Nigerian singer  Yemi Alade have not exactly been on the best of terms after they had a fall out in 2017, according to Guardian newspaper.

Their misunderstanding happened after the “Mama Africa” singer accused Sarkodie of being unprofessional.

The duo had collaborated on Alade’s song “Ego” but the songstress accused himof failing to show up for the music video shoot. 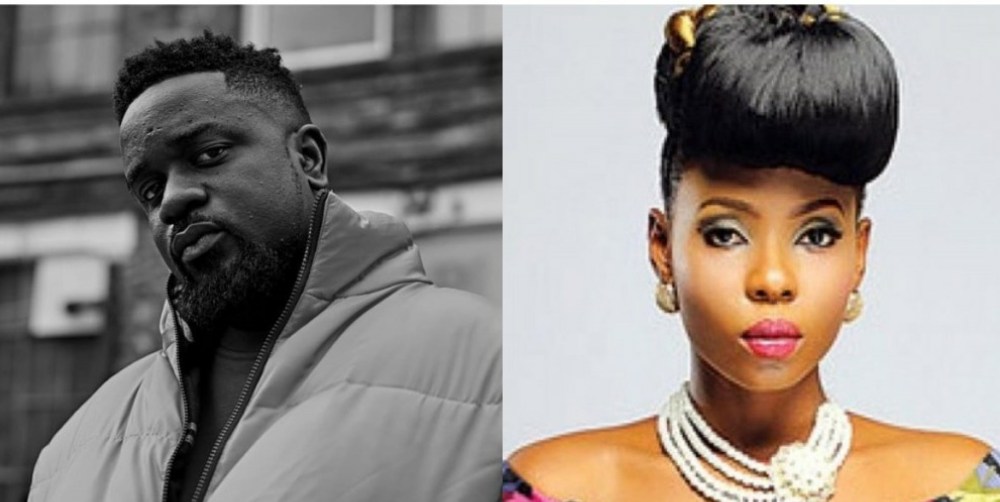 “Ego” was off Alade’s sophomore album, “Mama Africa” and in a 2017 interview, she revealed Sarkodie ignored her after she reached out for the song’s video shoot.

In the interview, she:

“I can count three different countries and three different venues where my team and I had an agreement with the artiste [Sarkodie] in particular and he didn’t come through,”

“I’ve really tried my best to really not go into details but the long and short on why I don’t want to dwell on this is that it is super unfair, unprofessional and unkind for international acts or even artistes to have a dealing with anybody and after agreeing to certain things, you don’t come through at all.”

Sarkodie shared the song on Twitter and this was when he realised that Alade wasn’t following him on the microblogging platform. He tweeted at her asking for a follow back while also offering an apology.

In his tweet, he asked that they don’t need explanations as this is 2020 and they should also link up. He wrote:

Alade obliged the BET award-winning singer as she followed him as requested to the admiration of fans who praised her for her forgiving heart.

In a similar vein, Alade shut down talks of an unhealthy rivalry with sultry songstress Tiwa Savage by not only attending Savage’s “Everything Savage” concert in December 2019 but also digging it with her

The two haled each other as queens and hugged it out in the presence of thousands of admiring fans thereby permanently shutting down talks of a beef between them.