Scores of women students staged a protest outside an Indian college saying they were forced to strip to check if they were menstruating.

The students were told to undress after a used sanitary napkin was found in a garden outside Sahjanand Girls Institute, where they are banned from the hostel when they are having their periods.

One of the students protesting outside the college in Bhuj, in the western state of Gujarat spoke about how humiliated they feel and the constant humiliation they face because of this.

Deep-rooted social taboos remain in India around menstruating women. In some rural areas, women are made to sleep separately during periods. They are banned from entering some temples. 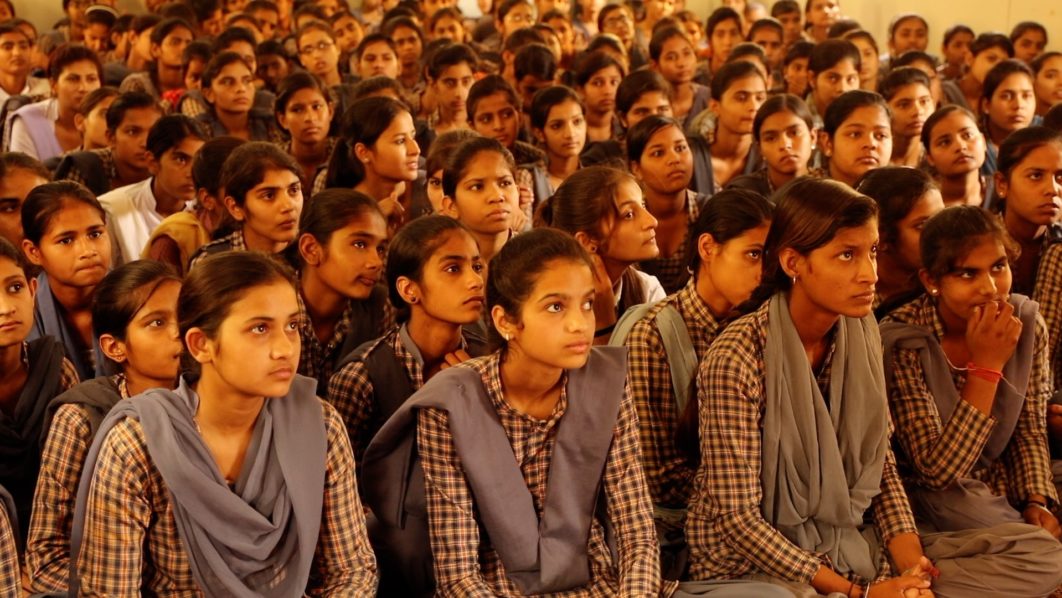 College authorities lined up 68 students in the washroom and ordered them to undress one by one, the students told reporters.

The college is run by the conservative Hindu sect Swaminarayan. The sect runs lavish temples around the world, including in London. Its rules bar students from staying in the hostel during their periods.

Menstruating women students must stay in an isolated basement area and keep away from the kitchen and the place of worship. They also have to sit at the back of the classroom during lectures.

The college said it had set up an inquiry and indicated action could be taken against the staff behind the checks.
College trustee Pravin Pindoria said:

The girls were informed about the hostel rules before they took admission. I have called a meeting of the administrative committee which will take action against the responsible persons.