by Rorisang Swarts
in Features, News

Share on FacebookShare on Twitter
Before the advent of the Arabs and Europeans to Nigeria, the sophistication of the Nigerian Kingdom was very visible in their peculiar architecture. In a multicultural society like Nigeria, most of the kingdoms had a beautiful and unique architecture that reflected the climate, culture, and beliefs of the people.
The ingenuity of these buildings remains a marvel. Most of the buildings are usually made of mud and thatched roofs, which shows a careful thought in this style of building, the choice of materials is readily available and fits our tropical climate.
Some of the popular and noticeable architecture are the Hausa, Igbo and Yoruba – the three popular tribes. 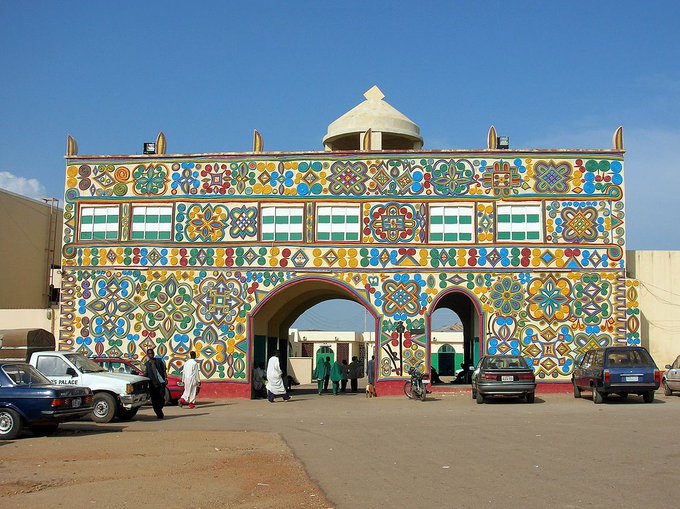 A Traditional Hausa architecture is in form of a housing unit large enough to house the man his wives and the children, this housing structure forms part of an extensive walled city with a gate built into a tall of storey building. The traditional Hausa architecture can be categorised into three: calligraphy, surface design and ornamental. Some of such designs are still common and mostly found in the Emir palaces in various northern cities.

With the advent of Islam, there was a slight addition to the architectural plans of these places. An azure (a male section of the house) for example was later introduced to create seclusion of women and keep the women out from external contact with male visitors. Most Hausa architecture was made of simple materials such as mud, stones, grasses, corn stalks and straws for thatch roofing. The muds are made into tubali-sun-dried bricks, a mix of straw and mud is used to make concrete wall plastering. The entrance into the compounds is usually indoor arcs.

A typical Hausa architecture has various sections of a family compound: each having separate functions:

A Zanko-which is a protrusion from the rood parapet; The dakis (rooms) are built based on the number of wives the man of the house(mai gida) has; Darki Girki-the Kitchen; Rumfa-a shade, Shago-usually a place for a matured unmarried male, and Rijiya-a well at the centre of the house. 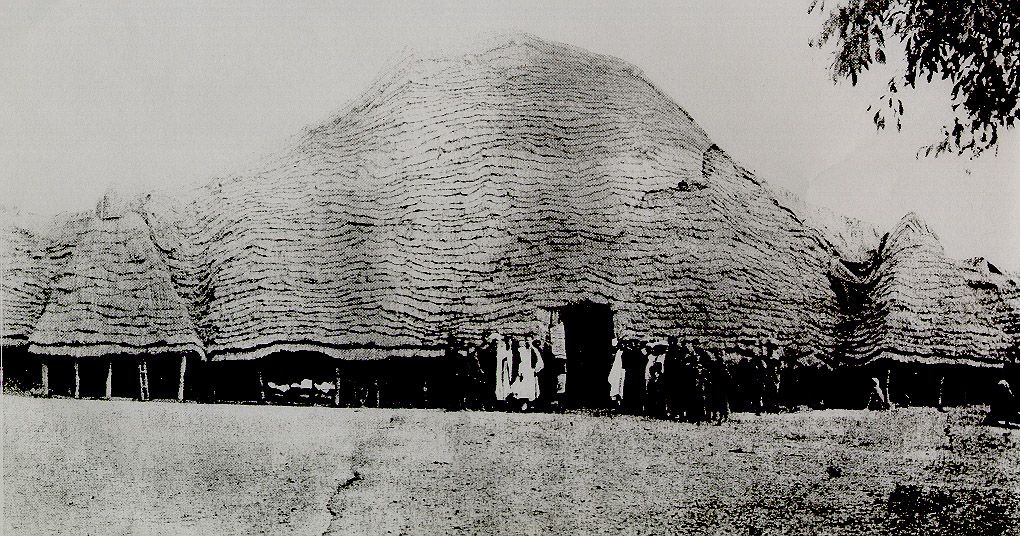 The Europeans had the most difficulty in breaking into the Igbo culture, the absence of a central ruling system made that possible, the Europeans had to convince various Heads of clans to gradually get into their culture as there was no single system of one King. This ruling system is depicted in the Igbo pre-colonial architecture. To the Igbo, home means more than just a building or a shelter, a compound building, or a place to return to after a day’s farming or work.

To build such, the skeletal framework of the roof is first weaved using bamboo poles or sliced bamboo poles. The bamboo is placed in slopes and then crossed with Palm fronds. To give a formidable roofing structure that can avert incidence such as wind, at various points rafters are knotted or tied The last process is thatching, the skeletal structure is covered with grasses and fronds (raffia mat). Most of these houses had no concrete beams due to the materials available at that time, most used woods and bamboos as a support system or beams.

The family unit a very important unit in Igbo style of government, the architecture of a family compound is simple and headed by an Okpara. An Okpara is usually a titled elder. Most Igbo architecture was built-in for tight encasement which came from their forefather or ancestors who were cave dwellers, the cave provided shelter, warmth and home. The family compound which consisted of a single entrance and exit covered with raffia mats has; Ute/Azani–thatching which is done with grasses and fronds , meeting house (Obi), shrines (Okwu-Alusi) and many rooms (ime ulo) that can accommodate the polygamous family system practised then.

The most important part of the house was the obi, or meeting house. In Chinua Achebe’s Things Fall Apart, the protagonist Okonkwo had an Obi where he meets his fellow kinsmen. The Obi was the symbolic centre of the compound, where the head of the family kept his altars and where he entertained his guests. The other rooms were shared among the wives and children. Like in the Hausa style of building, the men’s section is also separated from the women, and the children section is grouped. The men visit the women room in turns when it’s time for copulation.

They had a large courtyard with a housing style typically called the ‘Orowa.’ These houses were usually a continuous building making up of extended families. The large courtyards were the most important elements in the traditional Yoruba house setting. The building of houses was mostly communal effort using readily available material such as thick mud walls, bamboo rafters or other termite-resistant timber sheets instead of thatch, and a sand plaster to mud walls. The houses extend into large family compounds with several rooms and a group of Courtyard.

Theseare known as agbo’le and are often called by the name of the first head of the family. For example, Agbo’le Adebayo. Every household member is careful in what they do so as not to tarnish the name of the family compound. T
he rooms had standard units of measurement mostly 10 ft (ese bata mewa). In the courtyard, activities such as cooking, livestock rearing and a store to house the farm implements are a common sight.