by Rorisang Swarts
in Lifestyle, News

An amateur footballer in a local league in France has been suspended for five years after biting the penis of one of his opponents during a post-match fight.

The attack occurred on November 17 after a second division game between Terville and Soetrich in north-east France.

According to a local news website Le Republicain Lorrain, a player from each side started fighting, another a Terville player joined in, apparently trying to separate them. The Soetrich player responded by biting the peacemaker’s penis. 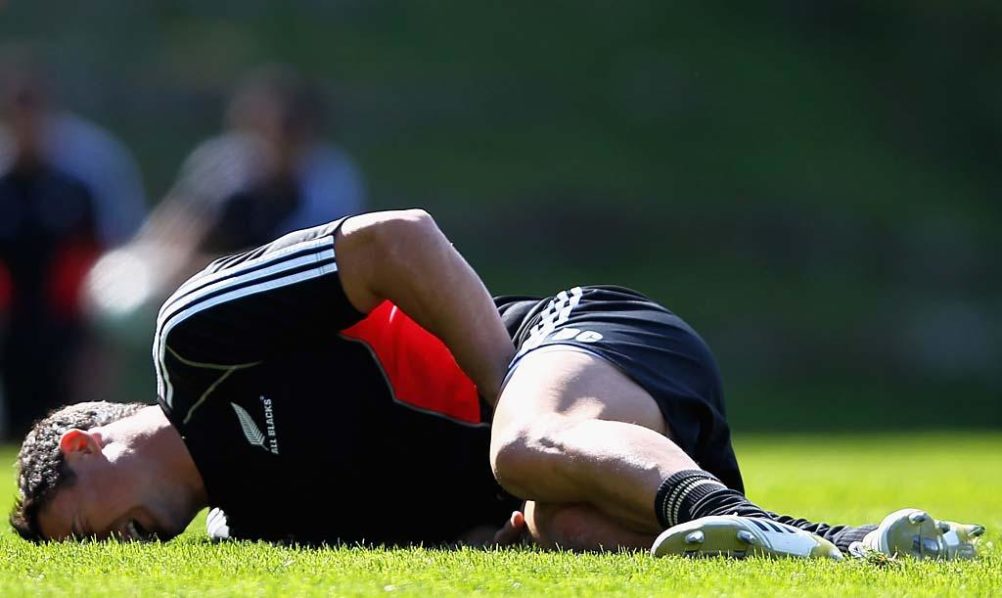 Injured footballer on the pitch | Image: Stuff.co.nz
The victim required about 10 stitches and had to take four days off work.

Emmanuel Saling, the director of the local Moselle district, explained what happened and how lengthy sanctions like this are rare:

“The events took place after the match, in the stadium car park. There was an altercation, an escalation and things got worse.”

Saling said that because the ‘case was quite original’, the disciplinary committee had called an expert witness before deciding to suspend the Soetrich player for five years.

The injured Terville player was suspended for six months.

“It’s quite rare to have sanctions of several years, there are less than 10 per year,” Saling said. “The case was a bit saucy, but … there must have been some nasty tension, so the smiles on the disciplinary committee quickly faded.”

The match ended in a 1-1 draw which would have given Terville their first point of the season but they were punished with two penalty points and a fine of 200 euros for failing to meet their safety obligations as hosts and for the lack of reaction from club officials when the fight broke out.