It has taken four years of legal battles – but now, if you were born in South Africa to foreign parents, you can apply for citizenship.

It has been an “agonising journey” for those who consider South Africa to be their only home.

The department of home affairs’ opposition to the court bid by five adults, representing others in a similar situation, for the vindication of their rights, was dealt a death blow by the Constitutional Court last week. The court simply ruled that it would not hear any further argument on the matter.

The department had not filed its papers in time, and it had not given good reason for this.

What this means for Mariam Ali, Aden Salih, Kanu Nkololo, Caroline Masuki, Murphy Nganga and any others “similarly situated” is that their previous victory in the Supreme Court of Appeal (SCA) now stands. 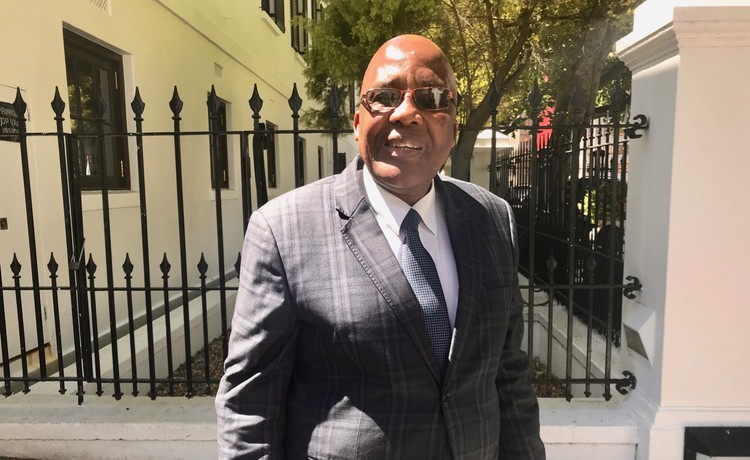 Minister of home affairs Aaron Motsoaledi. The ConCourt was unimpressed by his department’s handling of applications for citizenship by children born to foreign parents.
Image: GroundUp/Tariro Washinyira (archive photo)

In terms of that order, the minister must accept their applications for citizenship and make a decision within 10 days.

The SCA declared that if you were born in South Africa to foreign parents who have not been admitted as permanent residents, you qualify to apply for South African citizenship upon becoming a major – if your birth was registered and if you have lived here all your life, irrespective of the date of your birth.

It also ordered the minister to enact the necessary forms to allow for such applications within one year. Pending this, he must accept applications on affidavit.

The application, brought with the assistance of the Legal Resources Centre (LRC), was first set down in the Western Cape High Court.

It was argued that the centre’s clients had all complied with the Citizenship Amendment Act, which came into effect in January 2013. They were all born in South Africa to foreign parents and they had all turned 18, but their applications for citizenship under naturalisation laws were being refused.

In fact, they said, they were being told that such an application form did not even exist.

Any retrospective application would create “an unnecessary flow of applications and burden the already strained resources of the department”.

The Western Cape High Court ruling in favour of the centre’s clients was taken on appeal to the SCA by the minister.

There, the department of home affairs changed its argument. Retrospectivity was no longer an issue. Instead, it was argued that those affected should have put the minister on terms to deal with their applications and, if they were refused, they could then launch court proceedings to review and set aside the decisions.

“But this was untenable,” the judges said. “It is difficult to understand on what basis the minister could have made any decision. They were never given an opportunity to apply. They were just turned away.

“The argument is consistent with the ongoing attempts to frustrate and delay their application. It is not in the interests of justice to send them from pillar to post, simply because the minister adopted a supine attitude that the regulations will only be promulgated in due course.”

They were being treated unfairly, the court ruled, dismissing the appeal.

We believed it was an abuse of process.

Sherylle Dass, LRC regional director in Cape Town, said they had opposed the state’s application for leave to appeal to the Constitutional Court, saying it was an attempt to have a “second bite of the cherry” in spite of conceding the bulk of their submissions in the lower courts.

“Despite these concessions, some 10 months later, the state decided to change its stance. We believed it was an abuse of process. They plainly had no reasonable prospects of success and again it showed a total disregard for taxpayers, who have to foot the bill for these types of vexatious proceedings.”

She said that during those 10 months, when there was no indication of any appeal, the clients had submitted their citizenship applications but they were not dealt with.

“Following the dismissal of their appeal, we will now be demanding the adjudication of those citizenship applications and we will approach the courts if necessary, should a decision not be made within 10 days, in accordance with the SCA ruling.

“Our clients have had to endure a long and painful journey to obtain citizenship, with some of them all but giving up hope of being finally accepted by a country they have grown to love – the only country they have called home.

“A large part of this agonising journey could have been avoided if decision makers within the department of home affairs exercised reason and caution by not arbitrarily abusing the court processes to delay and frustrate the exercise of the clear and unequivocal right of these applicants.”

This article was first published by GroundUp.

Ugandan Women Forced By Their Husbands To Breastfeed Them

Schools to enrol all undocumented children of foreigners in SOUTH AFRICA

Schools to enrol all undocumented children of foreigners in SOUTH AFRICA