Reality TV star, Tacha, has released some ‘edited’ Nude photos that fraudsters attempted to use in blackmailing her.

Tacha shared a photo of her that was photoshopped to make her look naked, which the scammers sent to threaten her with.

Recall that yesterday we reported that on-air-personality, Toke Makinwa also received a similar message from the scammers, and Tacha also took similar step as Toke.

She shared the mail she received from them and wrote:

“You’re trying to have a good day, you wake up to messages from your team telling you to check your mail, you check your mail only to find this!! I have to deal with evil demeaning dms everyday!!! Every ******* day!

“Talking about “we will publish them?” Publish what? Edited pictures? Publish pictures you edited? And I and my team should feel threatened? The hate I deal with, I pray for strength!!”

She captioned the picture:

“Earlier Today a couple of mails were recieved from unknown blackmailers threatening to release ‘edited’ pictures of our client, Natacha Akide (Tacha).
We want to let the general public know that these pictures are edited and false pictures sent to blackmail our client in exchange for some money.
Natacha Akide does not have and will not have such pictures of herself taken under any circumstances.
We understand that this is a difficult time for most people, but let’s also be human and desist from any form of extortion, blackmails and thefts as we continue to fight Covid-19.
Kindly disregard any photoshopped pictures from these blackmailers. – We do not negotiate with blackmailers” 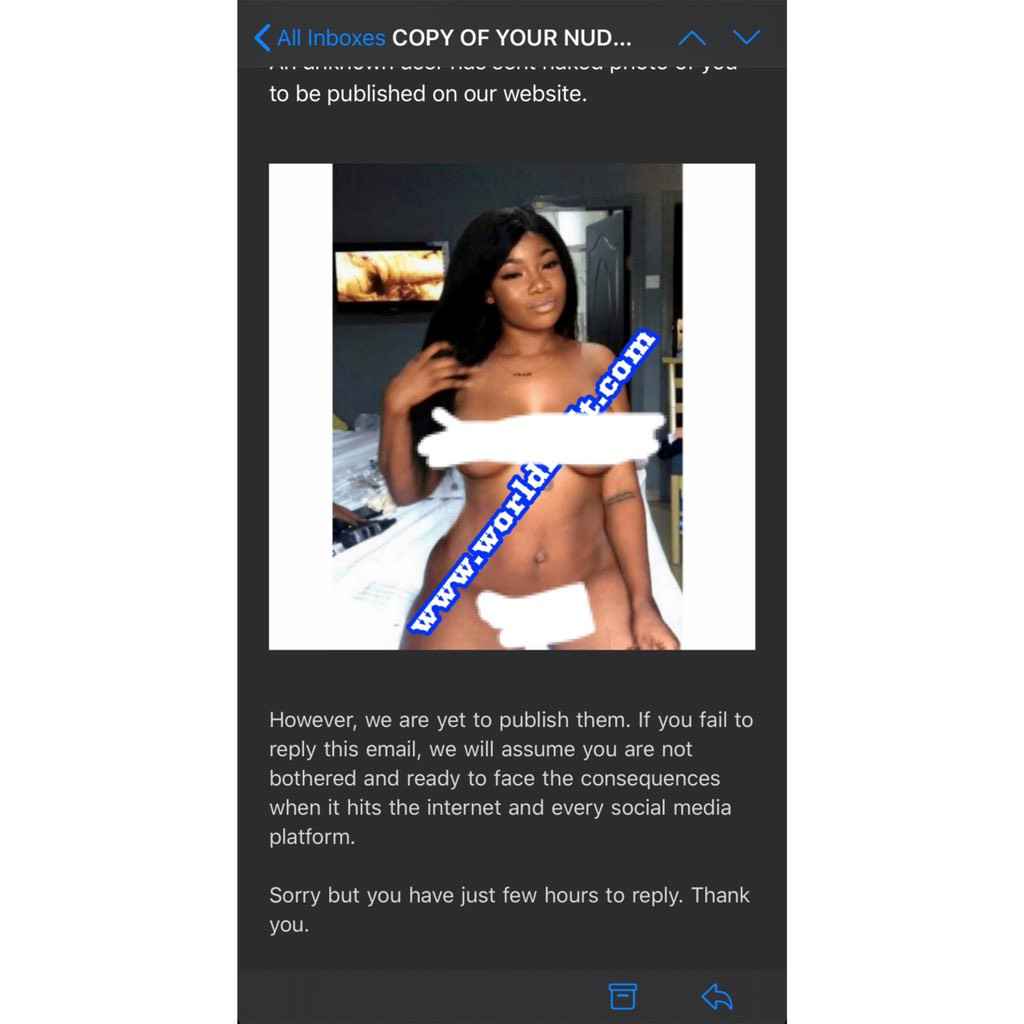 One would really ask themselves too many questions, one would be is it really a fraudster that’s sending all this emails?

Well it seems like the same person who had Toke Makinwa’s pictures had Tacha’s picture or is it a new celeb publicity stunt?

The big question is where does the fraudster get the pictures from?

Shocking: Nigerian Woman put up for sale by Lebanese Man on Facebook @ $1,000