Nigerian singer Davido has slammed Nollywood actress Mercy Johnson and her husband Prince Okojie as he congratulates them.

It all started when Eniola Badmus broke the news of Mercy’s fourth child birth on her Instagram page, a news that turned out to be false, after it was debunked by Mercy’s husband.

Davido then took to the comment section to congratulate Mercy and her husband, but left a snide remark. “Wicked people… congrats tho”

According to Davido, Mercy Johnson and her husband are wicked and a set of evil people.

Though he has refused to disclose the reason why he classify them as wicked and evil, we believe it has to do with their lawsuit.

Then a follower replied Davido to understand why the singer made such a comment, to which Davido responded, “Nothing just evil set of people.. that’s all.” 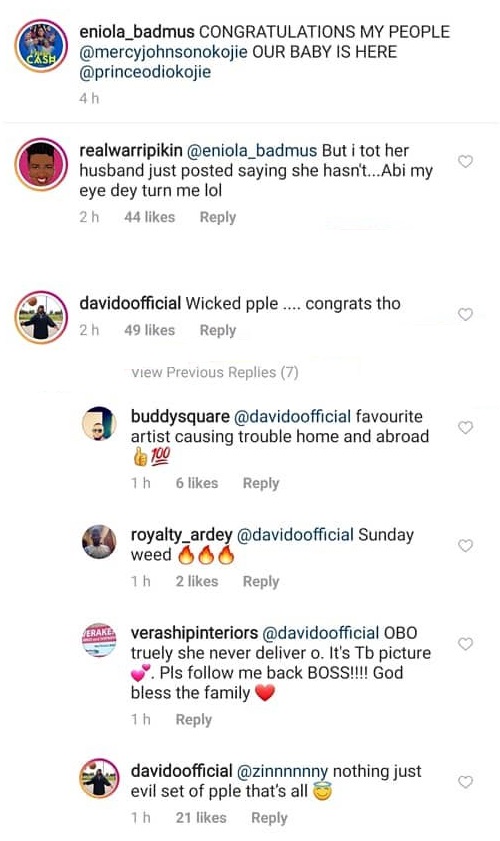 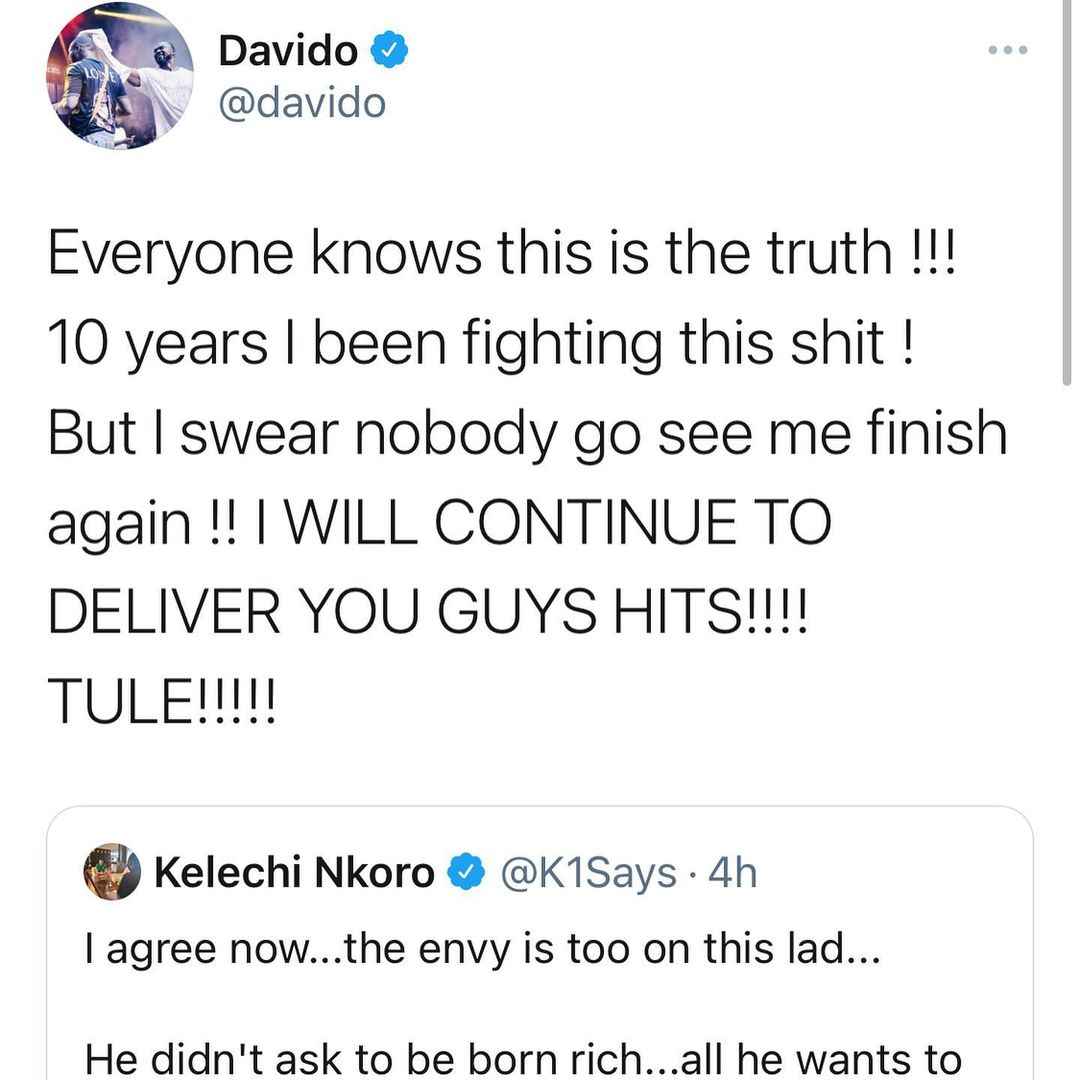 If we recall, about a month ago, it was reported that Mercy Johnson’s husband sued the singer after he refused to perform at his (Prince Okojie) hotel launch breaking their agreement.