A South African lady unknowingly put her relationship to a test when she decided to give her boyfriend a pregnancy scare and the result was far from what she’d expected.

The lady shared how she’d taken a positive pregnancy test image online and sent it to her boyfriend in a bid to prank him.

Upon hearing the news from his girlfriend, the man —as seen in the screenshots of their chat— was absolutely convinced that he wasn’t the father of his girlfriend’s unborn child and asked her to go to her baby daddy.

However, in her post on social media says she’s not ready to be single but is confused on what to do…

See the screenshots she shared below: 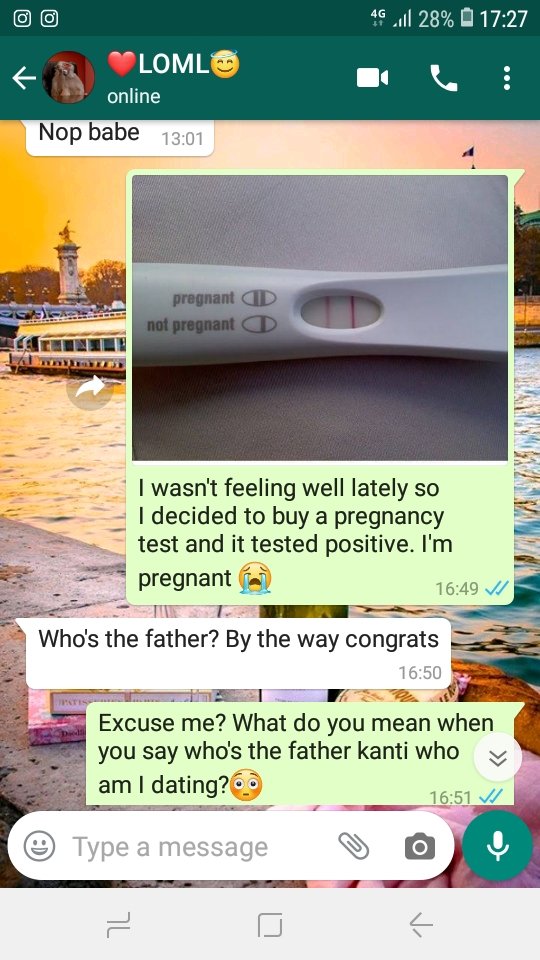 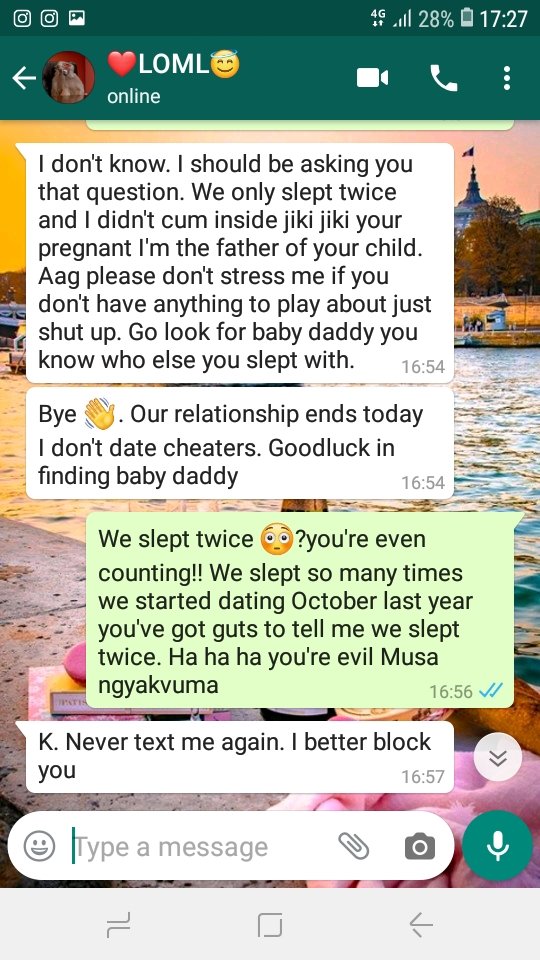 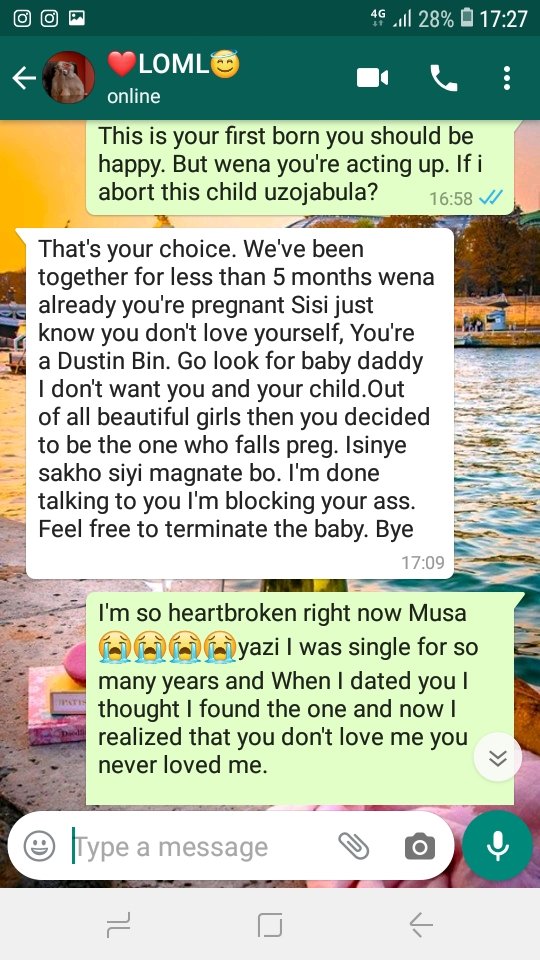 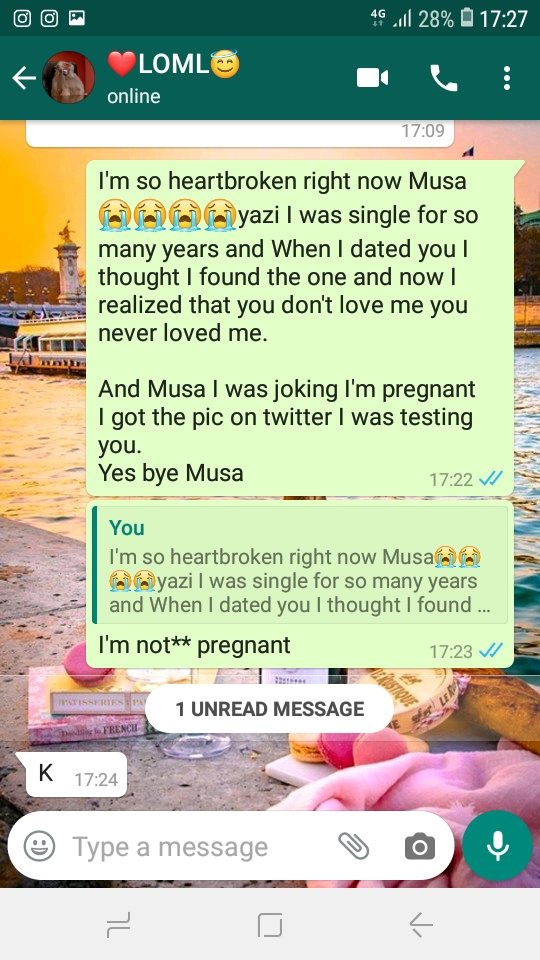 Certainly this is not the conversation @Spar_good was aiming for, but it brought her to the realisation that “her boyfriend never loved her”.

She eventually put him out of his misery by telling him it was a prank but it was already too late as they’d both decided the fate of their relationship.

Lol ladies like playing with fire hey, how can you joke with something so serious?

BBNaija Winner Mercy Eke Has Had Enough Of This Lockdown

Why Is Tiwa Savage Is The Most Popular Nigerian Female Celebrity???

Why Is Tiwa Savage Is The Most Popular Nigerian Female Celebrity???