American rapper, Aaron Carter, who tattooed his pregnant ex-girlfriend’s name on his face when they were still together, has called it a ‘mistake’ and is now doubting whether he’s actually the father of their unborn child.

During a recent interview with Hollywood Raw with Dax Holt and Adam Glyn, the 32-year-old rapper was asked about Melanie Martin, 28, and if they were done as a couple.

‘The definition of insanity. Am I upset? Of course. Do I feel taken advantage of? Of course. I felt like I was with someone that didn’t look me in my eyes,’ Aaron responded

He claimed Melanie failed to communicate and ‘wasn’t organic’ while also accusing her of ‘doing things behind his back she shouldn’t have been doing, making promises she couldn’t keep.’‘I’m going to make a great father regardless of the situation,’ Aaron added.

He was then asked if he was excited about fatherhood. ‘Yah of course. …If that’s the actual situation. We’ll see,’ he replied.

When asked if he was worried about the baby’s paternity, Aaron said, ‘What do you think? Well, that answer should give you an inkling.’

Aaron also explained that he got tattoos to make himself ‘look tough because he was so scrawny as a defence mechanism.’ 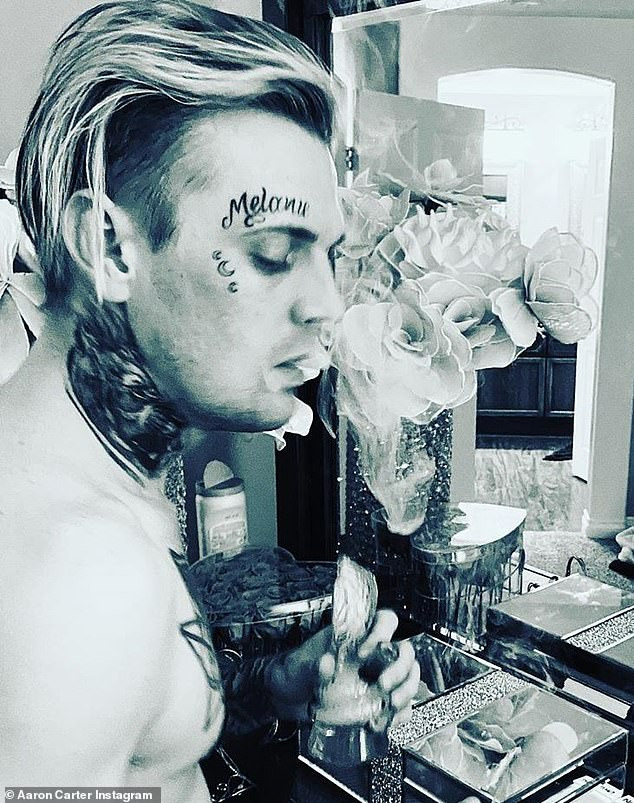 He then was asked about the ‘Melanie’ tattoo above his eyebrow. ‘That says ”mistake”, that’s not Melanie,’ said Aaron.

Aaron already has moved with new girlfriend Viktoria Alexeeva after splitting with Melanie last month after they announced their pregnancy news. 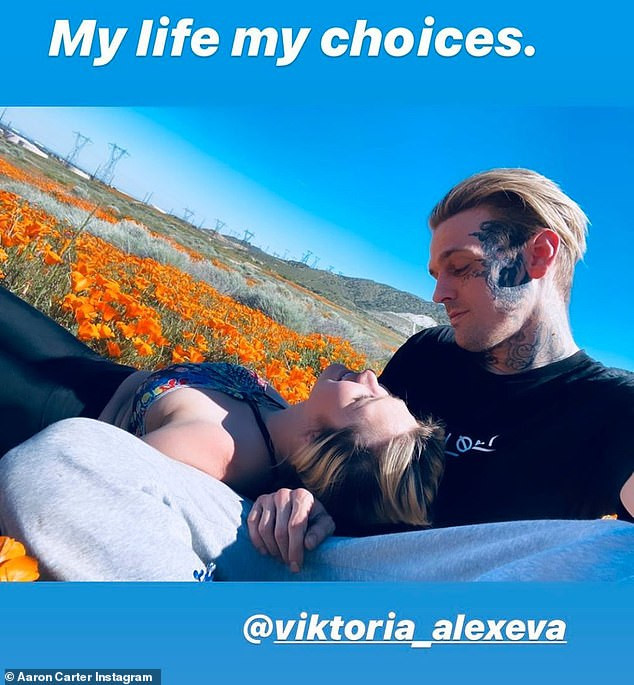 Back in March, Melanie was arrested for investigation of domestic violence assault after an incident with Aaron at his Lancaster home.

Love Is In As Nigerian Actress Stella Damasus Admires Her Husband

Love Is In As Nigerian Actress Stella Damasus Admires Her Husband