In a statement shared on twitter on the micro-blogging site, the US intelligence and security service asked for tips on how to catch the six Nigerians.

“Help the #FBI find ​six Nigerian nationals wanted for their involvement in ​business​ email ​compromise (BEC) schemes resulting in over $6 ​million in losses,” the tweet read. 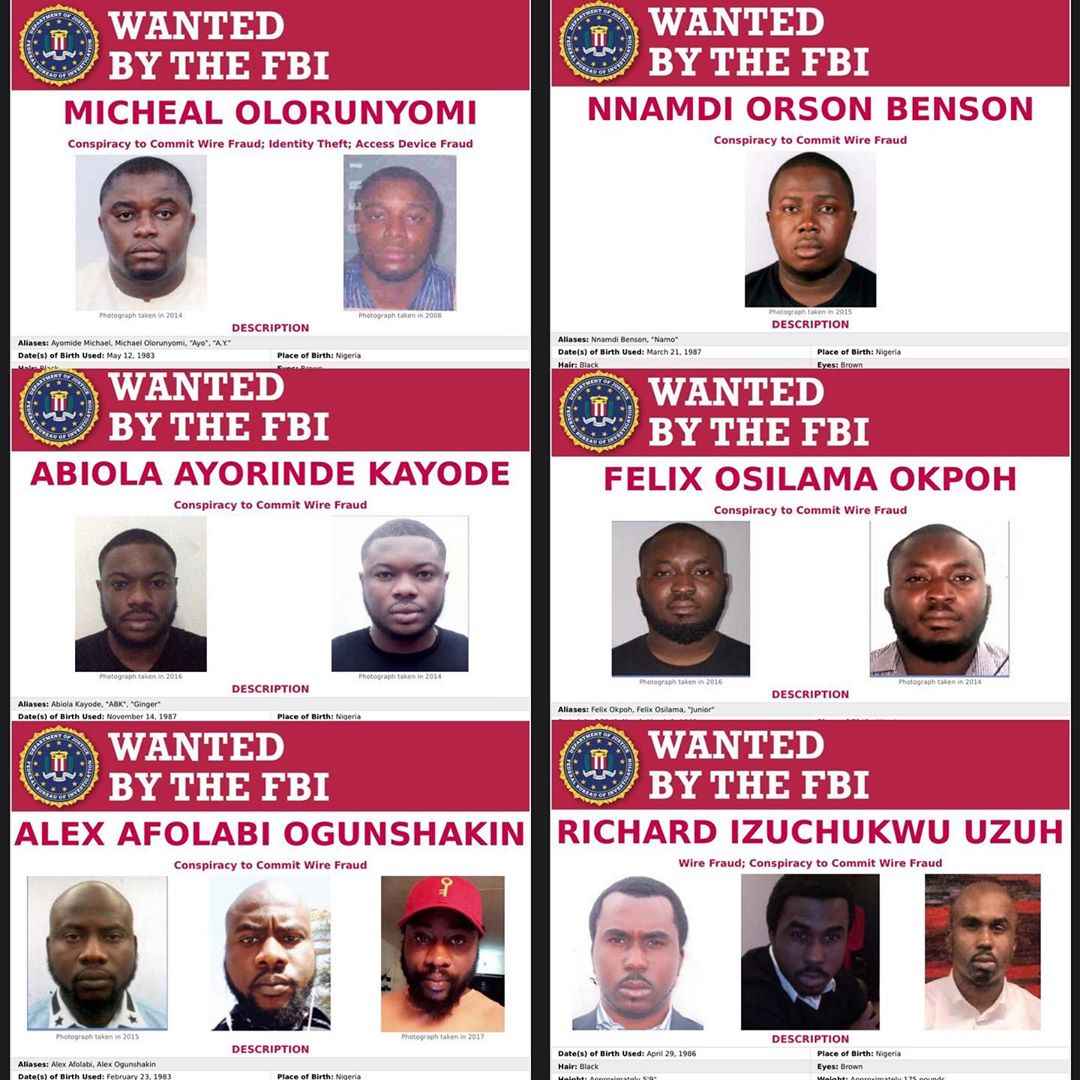 The FBI said Ogunshakin, Kayode, Okpoh, Uzuh, and Benson are all wanted on charges of conspiracy to commit wire fraud.

“Alex Afolabi Ogunshakin is wanted for his alleged involvement in a Business Email Compromise (BEC) scheme that defrauded over 70 different businesses in the United States resulting in combined losses of over $6,000,000 USD.

“Ogunshakin allegedly later conducted his own BEC schemes, learning from Uzuh and others.

“On August 21, 2019, Ogunshakin was indicted in the United States District Court, District of Nebraska, Omaha, Nebraska, on charges of Conspiracy to Commit Wire Fraud.

Hushpuppi Reveals Why He Went Into Scamming (Video)