He’s known for heating up the TL and dance floors with his hits, but DJ Maphorisa found himself on the Twitter trends list this week for a different reason: his outfit of the day.

Phori had the streets in meltdown mode on Wednesday when he posted a snap of himself in a colorful outfit and more layers than an onion. 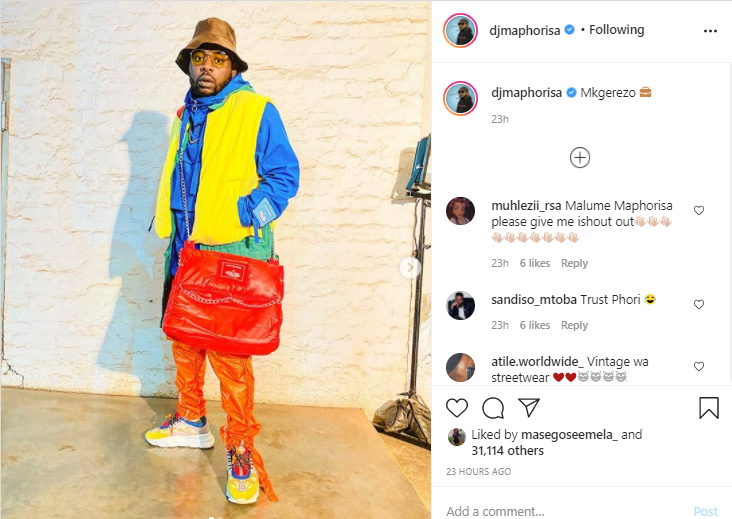 The fashion police were ready to lock up Phori and throw away the key, flooding his comments with memes and messages dragging him for the look.

The star was not impressed by the backlash and made it clear that Twitter critics were straight from hell.

He also claimed it wouldn’t be long before they were biting his style. 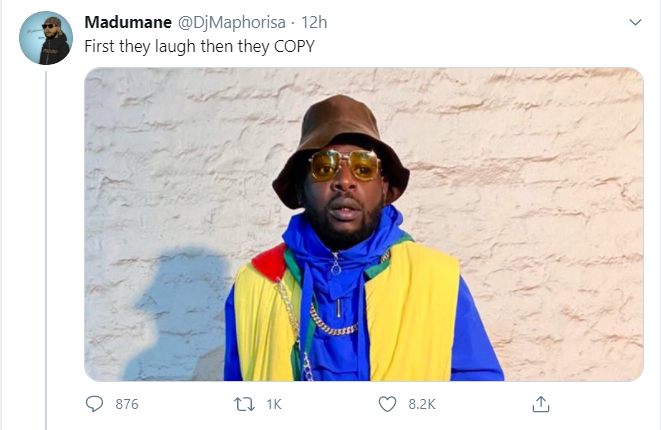 Maphorisa later deleted his posts, but still, the memes kept flooding in, with the star compared to everything from a jumping castle to Ronald McDonald and a Christmas tree.

I see where you got your inspiration. pic.twitter.com/uv3m12S7wW

May day may day !!!! We have a target look like a Christmas tree take a fire pic.twitter.com/p3w54FY7nU

Did You Copy This One….? pic.twitter.com/YNiAL6Mp3w

The person behind this belongs here. pic.twitter.com/S2XO3QCcY6

The person behind this belongs here. pic.twitter.com/S2XO3QCcY6

Pearl Thusi And DJ Zinhle’s Friendship Misunderstood As A Relationship